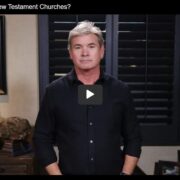 When I was a teenager in the ’60s, my family visited a local church and was part of a Sunday class for a youth group. Our teacher spent several months going over the book of Revelation and explaining the symbols and how they relate to the Last Days and the tribulation period and how this relates to Isreal. It was confusing to me at that time because it was far-fletch.

We are to be faithful, watching and ready as we look for His Return.Will you be ready when Jesus returns? The end-time prophecies are being fulfilled which means the Rapture of His Church will be called up to be with Him! A life of joy and peace. When we’ve been there ten thousand years Bright shining as the sun, We’ve no less days to sing God’s praise than when we’ve first begun.

The Bible prophesies there will be nine wars in the end times. Learn which will be a nuclear war, which will be entirely supernatural in nature, which will result in the annihilation of two-thirds of the Jewish people, and more! Dr. David R. Reagan founded Lamb & Lion Ministries on April 1, 1980. Dr. Reagan is a native Texan who resides in a suburb of Dallas.

Hebrew Bible Code Reveals Future: Audience is Shocked Ever wonder what the future holds? Well, some believe that hidden in the Bible is a secret Hebrew code that reveals God’s plans for the future. In this episode, Lance Wallnau and Perry Gaspard share how they believe this code points to a new season of supernatural revelation and revival.

Lance, are the end times near? The Antichrist, Revelation, Daniel, America and Israel Today we’re talking about the end times, a controversial subject to some. So grab your bibles and join me as we discuss Matthew, Daniel, and the book of Revelation.

What do you think God’s plan is for the nations? Let’s find out together!

Lance, are the end times near? The Antichrist, Revelation, Daniel, America and Israel | don’t miss this! Listen to more episodes of the Lance Wallnau Show at lancewallnau.com/podcast