1 Those who live in the shelter of the Most High
will find rest in the shadow of the Almighty.
2 This I declare about the Lord:
He alone is my refuge, my place of safety;
he is my God, and I trust him.

Pastors that are criticizing Trump and his supporters…are on the wrong side of the battle!

The battle is for Lost Souls and should never be within the Christain comuntity!

We know that attitudes are expressed in how we behave. How are you behaving with the Father who created you and desires you so much so that He asked His Son, Jesus Christ to give His life up for you? Did you realize that Jesus had a choice? Well, He was given a choice but to Him there wasn’t one because of His love for the Father and for us.

Just a few days before Christmas I went to Wal-Mart to do little last minute shopping; I got the items needed; paid for them and went home. A couple of hours later I decided to pick up lunch; I had my niece with me and when we got to restaurant I reached for my wallet and realized it was not there.

There are many sermons, articles, social media post and so on regarding the topic of the Rapture. This in my opinion and not “Thus Said the Lord”. After spending a considerable amount of time studying the Bible and using scriptures as a basis, again I am sharing my opinion. 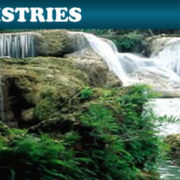 I was channel surfing and I came across a cooking show, so I stopped to see what they were doing. They had sixteen aspiring chiefs and they were part of cook-off and the winner would get his our cooking show.

The answer is Yes, and I will explain this.

Just take a look at America, in recent years we have banned prayer from school, tried
to remove “The Ten Commandants” from government buildings, tried to take Christ
out of Christmas, remove “In God We Trust” on our currency and more. We have
gone too far from our founding principle “In God We Trust” and gone against His
commandants and precepts; we have legalized abominations, shed innocent blood
(abortion) and approved same sex marriages.

For those that are believers in Jesus Christ (Church), will be joined in marriage with Christ in Heaven when we are gathered together.

Picture this: One of your employees (we’ll give him the name Bill) just made a mistake that
cost your company time and money.  You call Bill in for a meeting mostly to
discuss what he did and because you are not happy about this.