Children that die prematurely and have not reached what is known as the “age of accountably” will go to Heaven, even if their parents are not saved. What about the… Read more »

Update on Afghanistan and the Arizona Audit | Give Him 15: Daily Prayer with Dutch 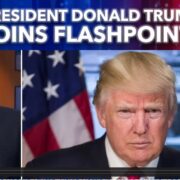 Watch FlashPoint to discover how prophecy and current events are aligning to usher in the greatest awakening the world has ever known. Host Gene Bailey, along with regular contributors Mario Murillo, Hank Kunneman and Lance Wallnau, are joined by special guests that include prominent prophetic voices in the Church today,

An Oppressive and Inept Government.
Please watch Dutch’s today message. Prayer for America, in the past 9 months our nation has been attacked by our own government and our leaders! Our rights and beliefs are in jeopardy are being taken away by the radical left!

Message For Pastors, Ministers, and Christians That Voted For Biden. Do you realize as you voted for Biden you have identified with his beliefs: 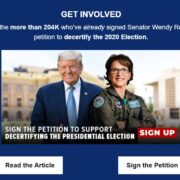 Are you concerned about what Biden has done this country? In a short 8 months, Biden has almost destroyed the USA: Expanded the ability to abort more babies…